Boxing has caused a storm this year (as predicted here!)  and we have only just finished January. Specifically, high intensity workouts that utilise the work required to pump out kicks and punches, alongside the fat burning benefits of circuits and agility training. The ubiquitous workout has evolved to include skipping punchbag or partner training, followed by lots of core work. Possibly the most popular studio to get punching at is 1Rebel, London’s boutique studio that offers pay as-you-go classes in boxing, cycling and circuit/treadmill formats. The Rumble class fuses shadow boxing (air punches) with martial arts. Personally, I am really keen to train at the studios myself, but with London visits short and much less frequent than I’d like, it isn’t that easy. 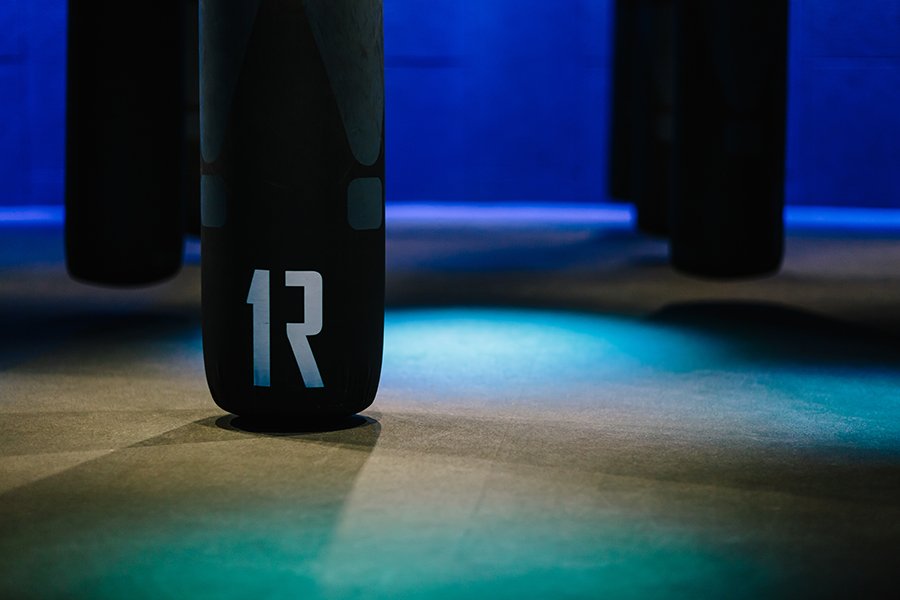 So, I was pretty stoked when I received an email from Sweaty Betty a few weeks ago announcing the launch of their new Rumble-based Get Fit 4 Free campaign, in collaboration with 1Rebel. I always seem to end up blogging about the Get Fit 4 Free campaigns but it’s because I have almost always been really impressed with them. And I have to say, I think this is my favourite yet. 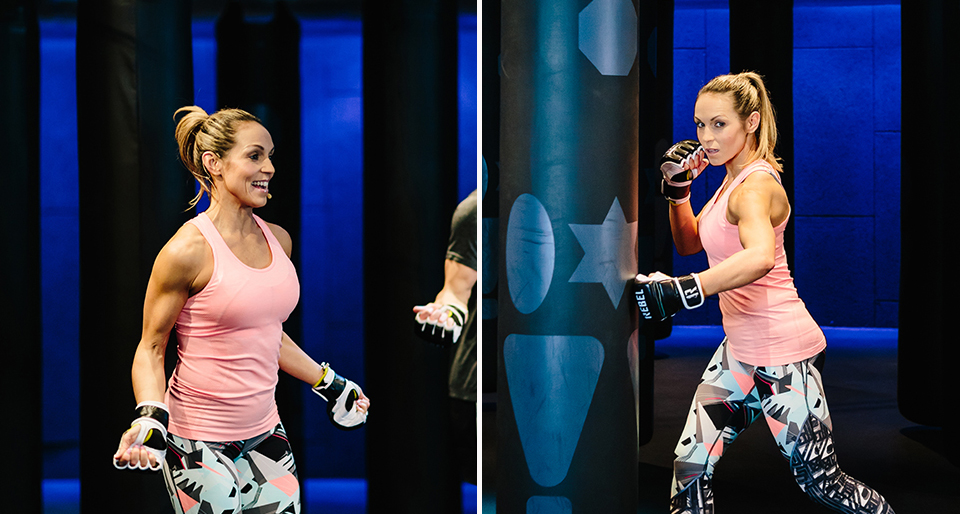 The thirty minute class is broken into short segments, allowing you to really focus and push yourself. The first time around, I was mindful of disturbing sleeping housemates, but even without putting my all into the jumps and between-punch bouncing, I was still sweating. Mila Lazar, who ran the session, made use of a punch bag, whilst her partner coach, Daniel, demonstrated how to take the class using air punches, with holding onto light weights recommended. By the way, if you need another incentive to try boxing, just look at Mila’s arms! #Goals

The sections were split into warm up, punching, mixed martial arts (MMA), and plenty of cardiovascular work, all rounded off by a final session of push ups and ab work. The punch work was pretty simple with just straight jab and cross punches and wasn’t too intense. That being said, having to repeat punches on one side rather than switching right to left really fired up all of my arm muscles and got them aching. I liked the MMA section as it included some new techniques for me such as elbow strikes. There’s plenty of kicking involved too, which is always satisfying, especially with a punch bag! The cardio session is the longest by a fair bit, but the boxing-style work and constant changes kept this part both relevant and interesting. I did struggle with some of the leg work as Mila was stood sideways on to the camera, although I probably would have managed better had I focused on Daniel’s work more.

What I really like about this video is that it could be done at the gym, where you may have access to a punch bag, as well as at home. I would recommend having at least one go at home first to have an idea of the moves involved, so that you don’t miss part of a sequence if you can’t see the video clearly (extra win if you have wireless headphones and get to watch and listen without getting tangled). I’ve jotted down some of the MMA sequences, which I had a go at when next at the gym.

As a thirty minute class, this is perfect short workout to do if you are short of time, or to tag onto another twenty or thirty minute training session to maximise gym time. I teamed the Rumble class with a twenty minute run out in the elements to get a good start to a Sunday, which felt about right.

In all, I am really impressed with this workout. You need absolutely no equipment (but light dumbells or a couple of tins of beans will really have you feeling the burn!) and will still build strength and definition in the upper body, whilst burning some calories. Perfect for the gym-shy, boxing-curious, or anyone wanting to add something extra to their routine.  Oh, and the playlist is epic -fancy sharing it with us Sweaty Betty? Get ready to rumble.

Liked this? See my article on Huffington Post to see how women’s fitness has changed thanks to superhuman-style televised programs.